In her notes in my chart, Dr. Tate wrote, “Katie was  fractious today.” 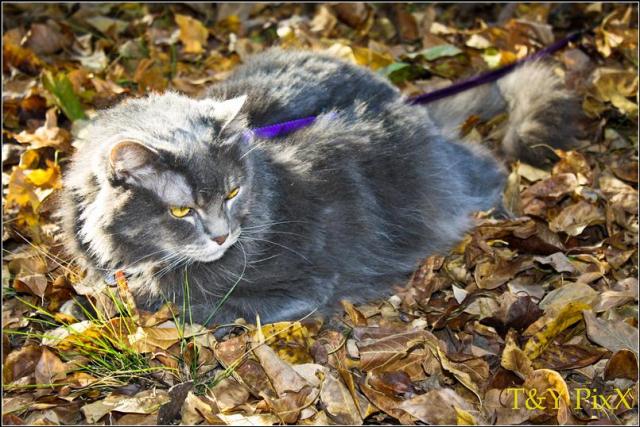 Yesterday, I had to go back to the Evil Vet, even though I was feeling much better and had been eating all of my food for five days. Five days!! And that Evil Person who calls herself “mom” still took me back to the vet!

They thought I was fractious last time, huh? Well, I decided to show them what fractious really means!! 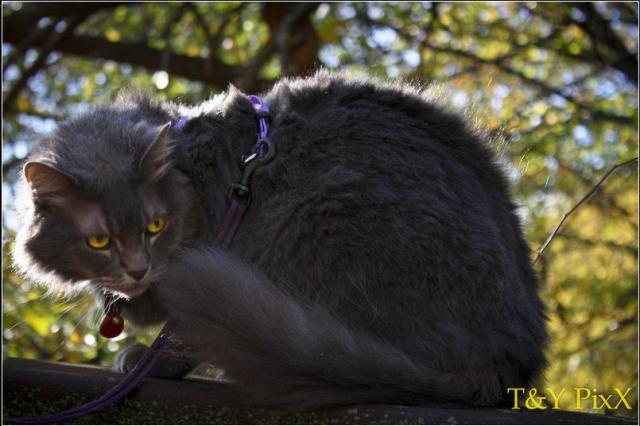 First, I was extremely sweet to Hannah, who took down all the notes about how much better I was feeling and checked me in. Mom made sure to tell them not to scruff me and to take me out of my carrier through the top, not the end. Silly woman thought that would keep me from my Tasmanian devil antics. Ha!

Dr. Tate started her examination, and I started my usual growling routine. I had to step up my game when she tried to draw blood out of my neck. Really? You’re gonna put your hands that close to the mouth of a “fractious” kitty?? After I convinced her that was a bad idea, I thought I was done. But that Evil Vet had another trick up her sleeve. She decided to draw blood from my thigh!

But…I’ve got some pretty strong kickers and I know how to use ’em!!

Drat it all, if Dr. Tate didn’t make off with some of my blood despite my best efforts. But not before I’d horse-kicked her several times and made her hit her head on the surgical lights!! Take THAT, Evil Vet!!

Note from Evil Mom: Katie is on the mend and is most likely recovering from a kidney infection. She does have to go back to see Dr. Tate for at least one more check-up. We’re taking bets on what the adjective of the day will be next time. My money’s on irascible.

All photos were taken by my friends, Teresa and Yasi, who own T&Y PixX Photography.

This entry was posted in Katie, Trips to the Vet. Bookmark the permalink.